You Will Regret Missing These 10 Christmas Movies on Peacock!

A Christmas tradition that involves watching a movie with your friends and family and spending some quality time together is hard to beat. When it comes to family gatherings, feasts, and winter holidays, movie parties and virtual group watch marathons of your favorite movies can be a great way to spend time together. As for Christmas movies to watch, fortunately, there is no lacking of options.

No matter whatever streaming service you have been using before, Peacock has got you covered this season. To assist you in finding the perfect movie to stream, we decided to compile a list of 10 Christmas movies of Peacock. We've got something for everyone, from holiday classics and chick flicks to animated quests and festive horror.

Without saying anything more, let's dive right into our suggestions list of Christmas movies on peacock.

Ashley (Olivia DeJonge) arrives at Luke's (Levi Miller) house for the Christmas holidays to babysit him and finds everything normal until they hear the sound of a window-smashing upstairs and realize that something isn't right. They discover a brick etched with the words "you leave, or you die" among the pieces of broken glass. What follows next is something that could only happen in a film as twisted and unbalanced as this.

With its strong cast of characters and a weird premise, this surprising comedy–horror film is an entertaining and original option among the countless other less successful films in the home invasion genre. Chris Peckover, the director of Undocumented (2010), has ensured that this film is a terrifying thriller.

Bridesmaids is the ideal film to lose yourself in if you need a hearty laugh. When Maya Rudolph asks her BFF Annie (Kristen Wiig) to be her maid of honor, Annie is forced to face her challenges as she and the other friends suffer through a series of funny unfortunate incidents as they make their way to the wedding reception. Bridesmaids is the wedding present that keeps on giving, whether you're watching for the first time or returning for another round.

The Family Stone is a mixed bag, to say the least. It features excellent performances and scenes that will make you laugh out loud and break your heart. Dermot Mulroney plays the father of Meredith Stone (Sarah Jessica Parker), a stiff entrepreneur who meets his family for the first time during the Christmas holidays. Meredith knows that the Stones aren't going to like her right away, so she phones her sister Julie (Claire Danes) to come and help her.

Its popularity is primarily due to its incredible cast, including celebrities such as Diane Keaton, Sarah Jessica Parker, and Dermot Mulroney.

Fans of the Harry Potter series can celebrate because all seven films are now available on Peacock. Moreover, if you haven't already seen them, which world are you living in? Reliving the transformation of everyone's favorite Hogwarts students from innocent students of magic to confident heroes is an opportunity too fantastic to pass up, and you'll love the star-studded ensemble all over again.

The nostalgia hits hard when you see this collection of movies, thanks to the presence of Daniel Radcliffe, Rupert Grint, Emma Watson, and a host of other stars. A cozy and comfortable rewatch of this very binge-able series of movies would be perfect for the holidays, something we could all use.

5. I Am Big Bird: The Caroll Spinney Story

Christmas is all about smiling, isn't it? Caroll Spinney, the man who brought Big Bird and Oscar the Grouch to life in the Muppets, is the subject of this delightful documentary, and he proves to be as likable as the beloved characters.

Here, we get a chance to see how he continues to leave his mark in his 80s through the lens of this magical film. Even though the film's romantic score can occasionally cause it to veer into a syrupy territory, it does nothing to detract from this warm and heartfelt picture guaranteed to put smiles on our faces when we need it the most.

Hugh Grant and Julia Roberts star in this 1999 romantic comedy about an unexpected affair between an American celebrity and a London bookseller. The film received overwhelmingly excellent reviews from both critics and audiences. It set box-office records and received nominations for Best Motion Picture at the Golden Globes.

As their characters strive to find a way to reconcile their very different lifestyles while still falling in love, the film's protagonists are praised by critics for delivering outstanding performances and displaying undeniable chemistry. Whether you see it as a reflection on the nature of stardom or simply as a lovely romantic story, its charms are strong enough to make every watch worthwhile.

7. Santa Claus Is Comin' to Town

You will get into the Christmas mood by watching this classic stop-motion show from 1970. Both adults and children will enjoy this cheery, merry recreation of Santa Claus' origin story, filled with euphoric interpretations of Christmas songs. Its success is due to the charmingly intricate wood-figure animation and endearing voice performances from Keenan Wynn, Fred Astaire, Robie Lester, Mickey Rooney, and others.

The atmosphere is so upbeat that not even a villain titled Burgermeister can detract from the overall feeling of goodwill that permeates this brightly colored, slightly reflective film. What a nice escape from reality!

8. How the Grinch Stole Christmas!

Since its initial release in 1966, The Grinch's animated short has been a beloved classic. It is impossible not to be captivated by the vibrant animation, and the film's message of love and unity is still relevant today. Furthermore, it is only 25 minutes long, it is an excellent choice for when you want a quick burst of festive cheer, but not everyone has the time to sit through a whole movie.

9. Eternal Sunshine of the Spotless Mind

It is a twisting romance unlike any other, brought to you by the dream duo of Charlie Kaufman and Michel Gondry. During their portrayal of a couple who has broken up and decided to undergo a procedure to erase their memories of each other, Kate Winslet and Jim Carrey give outstandingly sensitive performances.

Kaufman's Oscar-winning original writing is brought to life by director Michel Gondry, who brilliantly blends science fiction elements and romantic drama. The entire film has the sensation of a vivid fever dream that will shatter your heart while also giving you a reason to be hopeful at the same time.

This unique horror-comedy-adventure film masterfully uses its limited budget to create a visually captivating universe all its own while remaining true to its genre. Dave (Nick Thune) is a dissatisfied artist who finds himself confined in a cardboard fort erected in his living room while Annie (Meera Rohit Kumbhani) is away on business. Upon Annie's return, she calls a bunch of friends to assist her in rescuing Dave.

However, once they enter the fort, they quickly discover that it is significantly larger than anticipated, full of terrible traps. The maze itself may be the true star for this quirky indie film. Definitely worth watching.

How to Watch Christmas Movies on Peacock Offline?

Of course, you'll want to remember to download the movie ahead of time, so make a note of it on your holiday checklist. To watch an hour-long show, you'll need about 500 MB of free space on your device.

But unfortunately, not all Peacock users will be able to take advantage of the offline watching option. If you don't have a Premium Plus membership, you can't access it. In addition, according to the sign-up page for Peacock, offline watching is only allowed for "certain shows," however, it does not clarify which shows are included in the catalog.

With StreamGaGa Peacock Downloader, you will not be worrying about the most annoying combo: lousy internet connection and no way to watch movies offline.

To download something, you have to go to the page where the content is and click the Download button at the bottom of the page. The movie will subsequently be added to a queue and downloaded as soon as sufficient storage capacity is available. To see anything you've saved, navigate to the Downloads page.

And not just any movie, we've got your favorite anime covered too. You can conveniently download from StreamGaGa Crunchyroll Downloader and StreamGaGa Funimation Downloader in 1080p. These two options are powerful because of the features like HD quality and subtitles availability.

With these incredible 10 Christmas movies on Peacock, you will likely have one hell of a movie night this Christmas. In addition to these suggested movies, Peacock offers a variety of other entertainment alternatives. Also, don't forget to download from StreamGaGa Peacock Downloader if you have a slow internet connection. Merry Christmas to you! 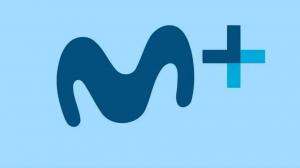 How to Watch and Download Movistar Plus Videos in Easy Steps?

This article tells everything you need to know about Movistar Plus, and also describes how to download Movistar Plus videos on your computers in easy steps. 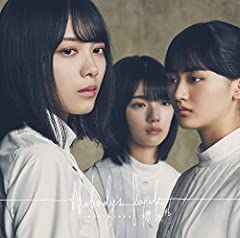 FREE! Sakurazaka46's new song "Friction Coefficient" and how to download its music video!

This article introduces how to activate My5 via my5.tv/activate and also tells you how to download My5 shows and movies in easy steps.