Ahead, we will go through the confirmed news about the Jujutsu Kaisen Season 2 and what to expect of it, given the storyline from the first season and the prequel.

The first season aired between October 2020 and March 2021, so the prediction of Jujutsu Kaisen Season 2 release date somewhere in fall 2023 might hold up as an anime production comes out every year.

What is the Storyline of Jujutsu Kaisen Season 2?

We saw Yuji, Nobara, and Megumi fighting away the curses throughout their journey in the first season. The Jujutsu Kaisen Season 2 release date will soon be announced, and the story will pick off where it ended in the first season. We will witness more battles and a deeper exploration of the series characters, including Yuji and his friends.

The first season spread over 24 episodes, and we expect nothing less from season 2 of Jujutsu Kaisen. The Jujutsu Kaisen is based on manga like most other anime. If the manga is followed in the future, too, the following plot would be the Shibuya Incident or Gojo's Past Arc, as the first season concluded with the Death Painting Arc. According to this theory, the Jujutsu Kaisen Season 2 would circle revisiting Gojo's past featuring Gojo and Geto. Yuji, Megumi, Nobara, Maki, and Panda might get promoted to grade 1 sorcerers and accompany Gojo in his mission.

The upcoming season will also deal with the series villains Mahito and Geto, joined by the triplet Choso. In addition, if the second season features clips from Gojo's past, we should expect a major arc setup unleashing new twists and cursed alliances between the characters.

Jujutsu Kaisen Season 2 Cast: Who Will Return in the Show?

Since the renewal confirmation with a season 2and update on the Jujutsu Kaisen Season 2 release date, here’s our prediction of the returning cast. The show will most likely continue to center around the lead character Yuji, voiced by Junya Enoki. We will also get to see Yuichi Nakamura as Satoru, guiding Yuji, Megumi, and Nobara. Yuma Uchida as Megumi and Asami Seto as Nobara will be returning as part of the team, and we will be seeing the team's bond evolve and get stronger.

If the show's makers go along with the anime, we might get to see new characters who challenge Yuji inside new plots. Others may return based on how the storyline goes. We will be seeing Mitsuo Iwata as Kiyotaka, Nobunaga Shimazaki as Mahito, Mikako Komatsu as Maki, and Tomokazu Seki as Panda, Yuichi Nakamura, and Kaiji Tang as Gojo, and Takahiro Sakurai as Geto as the cast of Season 2.

Where to Stream Jujutsu Kaisen Season 2?

The first season aired on MBS and TBS between October 2020 and March 2021. After the Jujutsu Kaizen Season 2 release date, the series will possibly air on the same platforms where season 1 did. Besides TBS and MBS, Jujutsu Kaizen will be available for streaming on Netflix, Crunchyroll, and HBO Max(English-dubbed), where the first season appeared. For audiences outside Asia, Crunchyroll airs the episodes weekly after they air.

The Jujutsu Kaisen Season 1 gained immense recognition not long after its release, securing an 8.6/10 on IMDb. After confirming the Jujutsu Kaisen season 2 release date in 2023, excitement has stirred up among the fans. Here is the recap of Season 1, which will help you understand what to expect from the upcoming season's storyline.

The end of the first season was marked by Nobara doing the unexpected with his technique and killing the brothers with Yuji. This happens after they both find themselves cursed by the womb brother's Decay which may have killed them in just minutes. The two also self-reflect on killing humans instead of the spirits afterward.

Afterward, Utahime and Satoru send a massive sum of money to Mei, another sorcerer. Mei and Aoi, on the other hand, recommend Yuji, Nobara, Megumi, Maki, and Panda to be promoted to grade 1 sorcerer. Yuji and Nobara also find Megumi with the finger of Sukuna, and Megumi warns Yuji not to eat it when Sukuna eats it before anyone else.

How to Watch Jujutsu Kaisen Season 1 Online and Offline?

Jujutsu Kaisen Season 1 got a great deal of hype when it aired and is available on many OTT video streaming platforms. You can watch the series online and offline, both if you are wondering how we got you!

You can watch Jujutsu Kaisen Season 1 online on Netflix and Crunchyroll. An English-dubbed version is also available on HBO Max.

Are you looking to download the Jujutsu Kaisen Season 1 episodes and watch them offline? The StreamGaGa Crunchyroll Downloader allows users to download videos from Netflix without any regional restrictions or compromise on the video quality. You can find and download any video from Crunchyroll without worrying about your internet connection. On the other hand, with StreamGaGa Netflix Downloader, you can download your favorite Netflix movies and episodes for offline access.

If you liked Jujutsu Kaisen, you could look for the best anime on Crunchyroll, so you do not miss out on the most popular and liked anime!

The exact date is yet to be announced but is likely to be set in fall 2023.

Q. Is there an English-dubbed Version of Jujutsu Kaisen Available?

Yes, you can watch the English-dubbed version on HBO Max.

Q. How Many Episodes does Jujutsu Kaisen have?

Jujutsu Kaisen Season 1 has got 24 episodes. 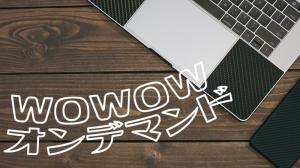 How to save WOWOW On Demand videos? Recording is obsolete!

A thorough explanation of how to save videos from WOWOW On Demand. Time-consuming recording is obsolete! We recommend a tool to download WOWOW On Demand videos.