Is Julie and the Phantoms Season 2 Confirmed to Come Out on Netflix?

Julie and the Phantoms, a musical comedy, launched its first season on Netflix in the fall of 2020 and rapidly gained fans. Julie, performed by Madison Ryes, unknowingly calls upon the spirits of Sunset Curve, a perished boyband. Together, they explore their love of music, and the storyline transforms. After the first season, fans had waited over a year for another season. However, Julie and the Phantoms season 2 was canceled, and here is everything we know about it.

When is the Julie and the Phantoms Season 2 Release Date?

The Premiere date for the Julie and the Phantoms season 2 was set to be Thursday, September 9, 2021, and the 9-episodes season was to be released on the said date. However, Kenny Ortega, the executive producer, reported no plans for the series on Netflix or any other platforms. The series would not come back with another season.

Related article:Watch Heartstopper on Netflix | Cast, plot, and all you need to know

The Ending of Julie and the Phantoms Season 1

The first season's ending was a pretty close call, as the audience was left surprised after how events unfolded. After Caleb Covington marked Reggie, Luke, and Alex, they had to accept to join his band or be sent into nothingness. On the other hand, they could figure out their past and cross over to the other side. Either way, the band and Julie would end up separated.

Finally, the band boys decide to cross over to the other side, protecting Julie from the truth. However, Julie finds out later in the episode when the twist unfolds. After Julie attempts to convince the boys to join Caleb's band, they start to glow and feel each other. Even Caleb's mark comes off the boys. This connection between Julie and the band can be inferred from their mother being the one who sent the boys.

The team also makes Caleb angry, who then possesses Nick to get closer to the band and avenge for rejecting his offer.

What to Expect in Julie and the Phantoms Season 2?

On the other hand, Alex and Willie sorting things out towards the end of the first season suggested the two would work on their relationship and explore it further in the second season. Booboo Stewart, to Entertainment Tonight, said, "I want a full-blown relationship to come of it, for sure. Definitely. Why not? I would love that. If there's a season 2, I'll be suggesting it. I would really love that. I, personally, really enjoyed doing those scenes. There's something special there, and I'd really love to dive deeper into that."

The chemistry between Julie and Luke has been a hot topic following the release of the first season, and here's what lead actor, Madison Reyes, had to say about the relationship between Julie and Luke to PopBuzz, "That's what I like about their relationship. It's a deep connection... I think we should show that you don't need to just fall for any guy that you like. You can take your time. We still don't know if they're just gonna stay here or how much longer they still have on the Earth."

The Cast of Julie and the Phantoms Season 2

If the makers did not cancel Julie and the Phantoms Season 2, the show would have returned with most of the main characters. The character of Madison Reyes portrayed as Julie would return as she is the principal figure and from whom the show gets its title.

The members of the ghost band, including Jeremy Shada as Reggie the bass player, Charlie Gillespie as Luke the guitarist, and Owen Patrick Joyner as Alex the drummer, would have likely returned. Others like Cheyenne Jackson(Caleb), Booboo Stewart(Willie), Jadah Marie(Flynn), Sacha Carlson(Nick), Sonny Bustamante(Carlos Molina), Carlos Ponce(Ray Molina), Danube R. Hermosillo(Rose), and Carrie(Savannah May) in all likelihood would have returned too.

The Trailer of Julie and the Phantoms Season 2

Where Can I Watch Julie and the Phantoms Season 1 Offline?

Despite the canceling of season 2, the first season did create a lot of hype and positive response. We got you if you are wondering where to watch Julie and the Phantoms season1 offline!

With StreamGaGa Netflix Downloader, you can watch the episodes offline without strings attached. It allows users to download videos from OTT video streaming platforms without compromising quality or regional restrictions.

Getting started is as simple as it can be.With just a few steps like selecting Streaming Service, audio, and subtitles, you can download your videos and enjoy them later anywhere, anytime!

If you want to know the downloading information in detail, you can access the detailed guide on how to watch Netflix offline here.

However, you can still make out the best of season 1 by downloading the episodes with StreamGaGa Netflix Downloader for offline access in fantastic quality! 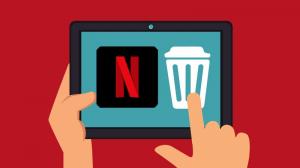 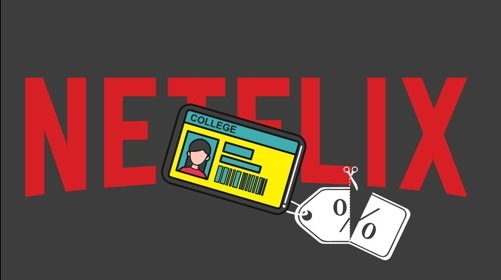 How to Get Netflix Student Discount & Free Subscription in 2022?

Are you a movie freak and a student? It might be difficult for you to pay bills on your own so let’s get Netflix student discount!

How to fix Netflix not working on Roku? [updated 2022]

Is your Netflix not working on Roku? Get to know the reasons for it and different ways to fix it.