The 10 Most Highly Recommended New Disney Movies in 2022

Disney is planning to release new Disney movies in 2022 across different platforms. Every time Disney releases a new movie, whether a Pixar film or a Marvel movie, Disney takes its viewers on a roller coaster ride of adventure and emotions with its stellar storytelling. Like every year, fans eagerly wait to meet loveable characters and new actors in the new Disney and Disney plus movies in 2022.

Is Encanto free on Disney plus?

1. Dr. Strange in the Multiverse of Madness

Directed by Sam Raimi, Dr. Strange in the Multiverse of Madness is set to release in May 2022. The Disney new movie in 2022 features Benedict Cumberbatch as Doctor Strange, Elizabeth Olson as Wanda Maximoff, and Patrick Stewart as Charles Xavier. This Doctor Strange sequel will keep you hooked with its mind-bending twists and turns. The chaos in the MCU begins when Dr strange, to protect Peter Parker, accidentally opens the portal to the multiverse resulting in alternate realities to confront with their own. Dr. Strange, America Chase, Wanda, and Wong attempt to get rid of the chasing demons and solve the multiverse problem. Dr. Strange 2 has made to the list of new movies on Disney Plus 2022 as it will stream on the platform in June 2022.

Just when we thought Disney-owned animation studio, Pixar, was taking a break from Sequels, Disney surprised us with another Toy Story Spinoff, Lightyear. Releasing in theatres on June 17, 2022, the Disney new movie in 2022 revolves around Buzz Lightyear (voiced by Chris Evans), the action figure in the original Toy Story. Directed by Angus MacLane, the movie features the voices of Taika Waititi, James Brolin, Dale Soules, and Keke Palmer, among others. Pixar has kept much of the movie's plot close to its chest, but based on the trailer, the family adventure film will shed light on Buzz Lightyear's past life. Unlike its predecessors, Lightyear is not among the new movies on Disney Plus 2022 as it will exclusively premiere in theatres on its release date.

3. Avatar The Way of Water

It’s been thirteen long years since the world heard the names like Na'vi, Jake Sully, and Pandora. However, much to the delight of Avatar fans, Avatar 2 is set to hit the cinema's screens as one of the new Disney Movies 2022 on December 16, 2022. Directed by the Terminator’s (1984) helmer, James Cameron, Avatar 2 will feature Jake Sully (Sam Worthington) with Na'vi (Zoe Saldana) fighting all odds to protect his newfound family on Pandora from the familiar looming threat of the RDA mining operation. Giovanni Ribisi will return as Parker Selfridge, the head of RDA. Despite dying in the original Avatar, Stephen Lang will return as the deadly villain, Colonel Miles Maurich, to play havoc with the world of Pandora.

One of the new Disney movies in 2022 is Black Panther: Wakanda Forever, a sequel to Black Panther. This marvel movie will continue to unravel the world of Wakanda and pay homage to the late actor Chadwick Boseman who portrayed Black Panther in the original movie. Directed by Ryan Coogler, the sequel is slated to hit cinemas in November 2022. Although King T'Challa is gone forever from MCU, the movie will feature Angela Bassett as T'Challa's mother Ramonda, Danny Sapani as M'Kathu, and Letitia Wright as Shuri, among others.

Turning Red, the new Pixar movie, is one of the many new Disney movies released in 2022. Directed by Domee Shi, Turning Red is layered with hilarious twists and ideas while taking a subtle yet clever approach to hint at the subject of Puberty. This Pixar animated film is about a thirteen-year-old schoolgirl, Meilin Lee (voiced by Rosalie Chiang), who transforms into a giant fluffy red Panda when it's that time of the month. This Pixar animation was released on March 11, 2022.

Related article: How to Download Disney Plus Movies on Mac?

Premiering in 2022, Disenchanted is a new Disney Plus movie filled with a whirlpool of emotions, fantasy, and romance. It’s a sequel to its original movie, Enchanted, directed by Adam Shankman. Idina Menzel and Patrick Dempsey will return as Nancy Tremaine and Robert Phillip, respectively, while Amy Adams will play the role of Giselle. The movie's plot revolves around Giselle, who has moved from New York City to the city's outskirts, wondering whether she has achieved her happily ever after.

One of the new Disney movies in 2022 is Hocus Pocus 2, which is set to take its viewers on an aptly timed spooky adventure on Halloween 2022 after 30 long years. The sequel will continue the Sanderson Sisters running wild in Salem. Directed by Anne Fletcher, this long-awaited new movie on Disney Plus in 2022 will feature Sarah Jessica Parker, Kathy Najimy, and Bette Midler as the wicked witches, while Thora Birch is unlikely to return as lovable Dani.

Sneakerella, a Disney+ original, is the new version of the 1950s Cinderella Story. However, this time the genders have swapped as El (Chosen Jacobs), the young black man, designs the multicolored sneakers to win the heart of the sneaker magnate’s daughter, Kira King (Lexi Underwood). Helmed by Elizabeth Allen Rosenbaum, Sneakerella, the new Disney movie in 2022, will make you experience all sorts of cheesy romance and comedy on May 13, 2022.

9. Death on the Nile

Releasing on February 11, 2022, the highly anticipated follow-up to Murder on the Orient Express, the Death on the Nile is a new Disney movie in 2022 which involves Hercule Poiret probing a murder case on a luxury yacht. The movie is directed by Kenneth Branagh and stars an ensemble cast including Annette Bening, Emma Mackey, Rose Leslie, Gal Gadot, Letitia Wright, and Tom Bateman.

Recovering from the Covid-19’s hibernation mode, Loren Bouchard's Bob's Burgers is all set to release on May 27, reserving its spot in the long list of new Disney movies in 2022. The film features the Belcher clan and their struggle with repairing the ruptured water main in front of their restaurant.

How to Watch Disney Plus Movies Offline?

Dealing with spotty internet? No worries! Tune into StreamGaga Disney Plus Downloader to download your favorite new Disney Plus movies and watch them in high resolution (from 720p up to 4k) offline. The videos can be downloaded in batches at high speed with audio and subtitles of your choice. Follow the guide on how to screen record Disney Plus movies.

Disney is whacking a plethora of new Disney movies in 2022 to take us on an adventure full of action-packed scenes and heartwarming moments. Get ready to flock to cinemas to unravel the multiverse in Dr. Strange 2, slip into El’s shoes in Sneakerella and go into the fits of laughter while watching Meilin’s hilariously adorable moments in Turning Red.

Facing Disney Plus Error Code 83? Here is complete info about what causes it and how you can fix it. 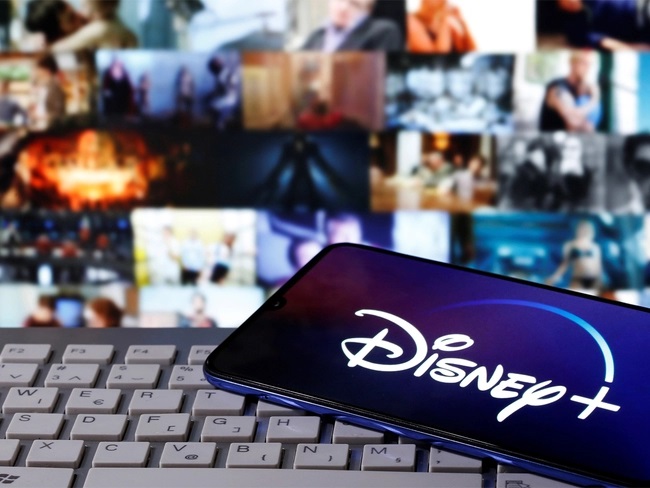 How Many Devices Can You Watch Disney Plus On in 2022?

Are you wondering how many people can watch Disney plus at once in 2022? Refer to this comprehensive article to find out.

The 10 Most Highly Recommended New Disney Movies in 2022

Watch the 10 most highly recommended Disney films in 2022 and indulge in the world of fantasy and joy.