Everything We Know About 'The Winchesters,' 'Supernatural' Prequel

Supernatural, a project of CW, was the longest ever horror-fantasy show to broadcast on TV screens. With tearful goodbyes after a long run of 15 seasons in 15 years, the show bade finale in 2020. And now it's ready again to star on screens with a Prequel series, 'The Winchesters!' The Winchesters is here to cover some unsolved mysteries of the Supernatural. Let's discuss everything we know about The Winchesters Supernatural Prequel.

The Winchesters Release Date: When Will It Come Out?

The Winchesters Cast and Characters

Fans of the supernatural are way excited for the Supernatural Prequel, The Winchesters! In this fantastic prequel, you may see new faces, but it does follow the theme of the horror hunter world created in preceded seasons.

CW has cast Drake Rodger as John Winchester and Meg Donelly as Mary Campbell. John and Mary are the main leads of the story around whom the story revolves. Jared Padalecki will bring to life the Sam, and Jensen Ackles will do the same with Dean Winchester, the two demon-hunting brothers. The rest of the cast includes Bianca Kajlich as Millie Winchester, Jojo Fleites as Carlos Cervantez, Demetria McKinney as Ada Monroe, and it continues.

Related article: What Channel is CW on DIRECTV?

The Winchesters Plot: What Will It Be About?

Supernatural fans know quite well who The Winchesters are. They were depicted as the humanity savers; who kept fighting back against demonic entities. All of their wisdom, fighting spirits, and exceptional expertise were indirectly the family's heritage.

The Winchesters Prequel is a fantasy show featuring the unsolved mysteries of the Supernatural, like how Sam and Dean's parents, John and Mary, met each other? How they together became the savior of the world and their love! It showcased the world of 1972, starring Drake Rodger as a young guy, John. The character of John is depicted as a guy who, on return from the Vietnam War, got caught up in a perplexed condition facing the strange disappearance of his father. He then met Mary (Meg Donelly); as he helped her in a battle with a demon.

The official trailer of the most anticipated The Winchesters got released on May 19, 2022. The trailer features Dean inclined on the Winchester's Chevrolet Impala, marveling about how his parents met up? As they were depicted as two extremes wrapped together in the bond of love in Supernatural.

Where to Watch The Winchesters?

The show will air on CW every Tuesday night same as the previous long series. You can also stream The Winchesters on Netflix as it’s available on the mentioned streaming site due to a deal of CW/Netflix years ago. However, you must go with StreamGaGa CW Downloader to have the best watch-time offline! It helps you remove ads and aids in faster downloading with the availability of different language subtitles.

How to Watch the Winchesters Supernatural Prequel Offline?

Want to watch The Winchesters offline? StreamGaGa CW Downloader must be your first option as it improves your watching experience with its unlimited outstanding features. Follow this step-by-step to learn how to use StreamGaGa Downloader before the arrival of the Supernatural The Winchesters.

Here is the simplest guide to use StreamGaGa CW Downloader. Download and install StreamGaGa Downloader on your device and follow the steps detailed below:

Once you are logged in to your CW account, play The Winchester (but for that, you have to wait for its release). A download button will appear once the show starts playing. Select your preference and move to the next step.

Following this guide, you can download any CW TV show, including The Winchester Supernatural Prequel, to watch offline without any ad disturbance or slow internet problem.

You may also like: Everything We Know About Bridgerton Season 3

Is Supernatural Coming Back in 2022?

Supernatural is coming back in fall 2022, as evident from the CW’s fall schedule. The prequel of Supernatural The Winchesters will be airing every Tuesday at 8 PM!

Is There Any Prequel to Supernatural?

The talented actor Jensen Ackles is back on screen in the prequel of Supernatural The Winchesters. He will win the hearts by playing the role of Dean Winchester. 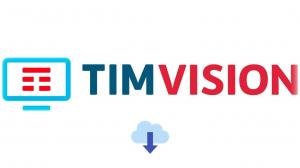 If you want to watch TIMVISION and download videos from TIMVISION to watch later when you are not connected to the internet, this article helps you to do it with a step-by-step guide. 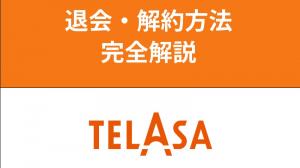 TELASA, a monthly video subscription service, how to cancel it and whether there is a free trial? And tools to save videos.

TELASA has a lot of popular video content, but if you are worried about how to cancel your subscription, we will explain some important points to keep in mind. If you want to save your videos, please check it out.