All Tyler Perry Madea Movie in Order and Where to Watch

Madea movies grew into an entertainment empire in the 2000s. In 1999, Tyler Perry appeared for the first time as Madea, the tough older woman, in his play, I Can Do Bad All By Myself. After becoming close friends with Oprah Winfrey, Perry took his work to the big screen to create the sprawling franchise of Tyler Perry Madea movies.

Related article: The 10 Most Highly Recommended New Disney Movies in 2022

After the release of the first Madea movie, the Diary of a Mad Black Woman, in 2005, Perry kept whacking the sequels until 2019. However, after a break of 3 years, Perry rolled out the 12th Madea movie on Netflix on February 25, 2022. If you want to relive the iconic character or familiarize yourself with the tough old lady, here is the list of all Madea movies in order.

The Diary of a Mad Black Woman was the first Madea movie to hit the big screen in 2005. The story revolves around a young girl Helen (Kimberly Elise). She is heartbroken when her husband Charles (Steve Harris) leaves her for Brenda (played by Lisa Marcos), Charles’s newfound love. Distraught, Helen moves into her no-nonsense, gun-toting grandmother, Madea Simmons’ house, to get some comfort. There, she learns about values like love for family, self-esteem, and self-advocacy, which eventually led her to bring a fresh perspective on life and fall in love again.

Madea's Family Reunion, the sequel to the 2005's film, proved to be a breakthrough for Tyler Perry's Madea movies, as the movie grossed more than 63 million at the box office worldwide. This Madea movie holds a heartwarming interesting premise where the middle-aged Madea finds herself taking care of her nieces and relatives. Nikki, played by Keke Palmer, is a rebellious young teen who needs her grandma's guidance. The Madea's Family Reunion, as the name suggests, deals with the subject of troubled love, family, and relationships.

Although Madea does not have much screen time in Meet the Browns, she makes a cameo appearance in the movie. The movie's plot is centered around Brenda Brown (Angela Bassett), a single mother to three young children. Brenda is devastated from suddenly losing her job when she learns her father, whom she never met, has passed away. Gathering courage, she heads to Georgia to attend her father's funeral, where she meets fun-loving Mr. Brown (David Anthony Mann) and his daughter Cora, played by Tamela Mann. Cora is the daughter of the gun-packing grandma, Madea, who then makes a brief appearance in the Madea movie.

The fourth installment to Madea's franchise, Madea Goes to Jail, deals with the subject of drug abuse, sex work, and judicial corruption. The film is about the Assistant District Attorney, Josh Hardaway (Derek Luke), and his fiancé Linda (Ion Overman). Josh is trying to help an old friend Candace, played by Keshia Knight Pulliam. Candace is involved in prostitution and drugs, the reasons she is behind bars. Because of her rage issues and legal battles, Madea has also landed in a lock-up where she meets a couple of troubled but redeemable characters, including Candace and TT, terrifically played by Sofia Vergara. The Madea movie concludes when Linda's malicious judicial practices get exposed, and Madea, with her prison buddies, gets discharged from the jail.

In the Tyler Perry Madea movie, I Can Do Bad All by Myself, Aunt April, played by Taraji P Henson, is a struggling nightclub singer who is unwilling to take care of her nieces and nephews. Madea catches these children when they try to break into her house to loot her. The movie tells a compelling story while offering a couple of decent laughs. We are treated to the song, ‘I Can Do Bad' while Gladys Knight, who lives in April's neighborhood, also makes an appearance in this Madea movie.

Related article: The Top 30 Best Disney Movies of All Time

Madea's Big Happy Family ranks sixth in the ordered list of all Madea movies. In this movie, Madea is resolved to bring her family together when her niece Shirley (Loretta Devine) gets diagnosed with cancer. This time, Madea has to deal with Shirley's children, who are too absorbed in their personal troubles. The Tyler Perry Madea movie features Bow Wow Moss (Byron) and his girlfriend Sabrina (Teyana Taylor). All in all, it’s a well-balanced Madea movie, offering hilarious moments tied with Madea's typical wild antics.

In 2012, Tyler Perry rolled out another Madea movie, Madea's Witness Protection. Madea's nephew, George, played by Eugene Levy, is a top-level CFO. He needs witness protection when he unknowingly gets involved in a Ponzi Scheme. Madea, family-oriented as always, invites George to Atlanta to bring him under her protection. The movie also features Romeo Miller, Denise Richards, and John Amos.

In the seventh Madea outing, a Madea Christmas, Madea brings her unique brand of Christmas cheer to the holiday season. This time, Madea goes to Alabama to help Eileen (Anna Maria Horsford), her great-niece. The Christmas-themed Madea movie touches upon the issues of interracial dating and racial tension. The movie features Alicia Witt, Chad Michael Murray, and Larry the Cable guy. The movie will surely buy quite a few chuckles as Madea runs around in her Santa outfit.

This movie is different from all Madea movies as it takes Madea from Perry's live-action world to the animated program. This time, the animated Madea takes it upon herself to discipline the innocent characters when she is sentenced to community service by the law. The movie concludes with Madea uniting the neighborhood’s children to prevent the local youth center from being shut down.

After the success of A Madea Christmas, Tyler Perry takes another attempt to make a holiday-themed Madea movie. The movie is full of witty banter and ridiculous gags, making it a perfect Halloween treat for Madea’s fans. The story revolves around Madea keeping a keen eye on a teenage family member, Tiffany (Diamond White), who is adamant about going to the Halloween party.

As if one spooky movie wasn’t enough, Perry whacks out another Halloween-themed Madea movie, Boo2! A Madea Halloween. This time Tiffany will celebrate her 18th birthday near a haunted campground. Thus, It is only natural Madea and her buddies, Bam (Cassi Davis) and Hattie (Patrice Lovely), would fight the typical Halloween fare, including the goblins, terrifying zombies, and ghosts.

After a two-year break, Tyler Perry releases the supposedly final sequel, A Madea Family Funeral. In this Madea movie, Madea and her family members gather to celebrate Anthony (Derek Morgan) and Vianne's (Jen Harper) Anniversary. However, Anthony is caught cheating on Vianne with Vianne's close friend, Renee, played by Quin Walter. As a result, Anthony gets a heart attack and dies. Madea comes to the rescue and arranges for Anthony's funeral while hiding the real cause of his death to save the family's reputation.

Where to Watch Madea Movies?

You can watch a few Madea movies for free if you own an HBO Max subscription and a free Peacock account. However, you can also purchase all Madea movies from online platforms like Amazon Prime, Google Play, iTunes, and YouTube.

How to Watch Netflix Movies Offline?

Moreover, you can customize your downloaded video in your desired audio and subtitles and even convert the video into MP4 format, playable on your device. This software offers a Batch mode that downloads the entire Netflix series in a batch without affecting speed.

What is meant by “Madea”?

Tyler Perry explains the meaning of Madea as a mix of two words, Mother and Dearest.

How many children does Madea have?

Which of the characters from Madea movie is no more?

Natalie Desselle-Reid, who played the role of Eve in the "Madea's Big Happy Family' is no more as she died of colon cancer in 2020.

Will Tyler Perry play the role of Madea in upcoming sequels?

After donning his iconic character Madea in the “ A Madea Homecoming," Tyler Perry is ready to pass the role and let someone else play the new Madea. 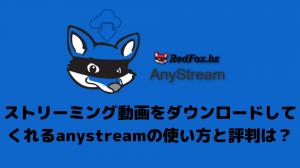 How to use anystream to download streaming videos and what is its reputation? I actually used it and reviewed it.

Anystream allows you to download content from video distribution sites with simple operations. We have compiled useful information for everyone who is thinking about purchasing anystream, including basic usage and our impressions of using it. 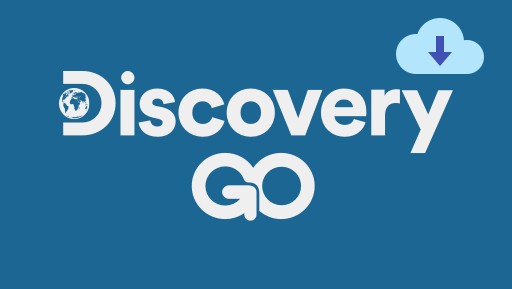 How to Watch and Download Videos from Discovery Go Easily?

If you want to watch Discovery Go and keep yourself entertained with Discovery Go shows when you are not connected to the internet, this article helps you to do it with a step-by-step guide.

How to Activate StreamGaGa After Purchasing?

In this article, you will learn how to activate StreamGaGa Downloader on your device step-by-step.