How to Watch AMC Without Cable and Download Videos from AMC?

How to watch AMC without cable?

At this time, subscribers can watch AMC on six different streaming providers.

Live coverage of AMC is available through DIRECTV STREAM, fuboTV, Philo, Sling TV, and YouTube TV. There is also the independent AMC+ streaming service, which can be accessed through Apple TV, the Roku Channel Store, and Amazon Prime Channels.

Quite a few pay television channels can be accessed through the use of the streaming service known as FuboTV. You are able to record programs on their cloud DVR in addition to watching the channels live in the same manner that they would appear on cable TV. As part of the basic package, they offer AMC in addition to over 80 other channels to their customers.

All of these features are included in the standard distribution. You are able to get a feel for the service by subscribing to fuboTV. Following the conclusion of the free trial, the regular pricing is $69.99 per month. Because there is no obligation on your part, you are free to cancel at any moment. The service is compatible with a wide variety of streaming devices, including Roku, Chromecast, Fire TV, and Apple TV. For additional details, please see the comprehensive evaluation that I've written about FuboTV.

Watching AMC is also possible through the use of DIRECTV STREAM. The "Entertainment" bundle offered by streaming services has a starting price of $69.99 per month for channel packages that include AMC. The following is included as part of your subscription to DIRECTV STREAM:

Philo is among the more recent streaming services to make its debut on the market, and it is also among the more affordable options. The value of the service is intended to be increased by the exclusion of costly sports programming from the channels that provide pleasant programs. The AMC network is one of those channels. It is now the most cost-effective method to watch AMC without cable, costing only $25 a month. AMC Premiere is a version of AMC that does not include advertisements and is available to customers of Philo.

You can watch AMC live or on-demand, and the subscription even includes a cloud DVR, all for the low price of $25 a month. You will have access to a wide variety of popular networks, including AMC, as well as HGTV, BBC America, BET, Cheddar, CMT, Comedy Central, Discovery, DIY, Food Network, FYI, GSN, Hallmark Channel, Lifetime, MTV, Nick, History, TLC, and many more.

Sling TV provides access to a wide variety of channels, including AMC. Both their “Blue" and "Orange" packages, which start at $35 a month, include AMC in their content lineup.

In addition, the cloud DVR that is included with Sling TV gives you the ability to record your favorite AMC series. The live feed from AMC even allows you to pause and replay previous segments! Sling TV additionally offers on-demand access to AMC.

Related article: How to Fix ESPN Plus Not Working?

YouTube TV provides users with not only the ability to watch AMC live online but also with an unlimited amount of storage space for recording their favorite shows. In addition to that, you may access your collection of recorded programs from any location! AMC is included in the standard subscription, which costs $64.99 per month. It is compatible with a wide range of operating systems, including Android, iOS, Apple TV, Fire TV, and Chromecast.

There is a free trial version available for AMC on four of the streaming providers that are currently available. If you utilize a few different email addresses, you may take advantage of those offers and watch free episodes of AMC for almost a month or even longer. Let's have a look at the free trials that are now being offered:

If you cancel before the end of the free trial period, you will not be charged for the service. You may keep using the free trials to acquire almost an entire month's worth of AMC without paying for it. You could watch even more hours of free AMC programming if you were creative with the email addresses and payment methods you used. If you did this, you would also be able to try out a few other live TV streaming services to determine which one suits your needs and preferences the best.

Streaming Devices That Are Supported:

The AMC app is compatible with all of the following streaming devices, including but not limited to:

AMC live and five other live TV channels are now available to stream for $8.99 per month for users of the new streaming service known as AMC+.

Because the standalone AMC+ service does not support a sufficient number of devices, subscribing to AMC+ through Amazon Prime Video resulted in a more positive experience overall.

You will be able to view AMC shows on Amazon Prime Video if you add the AMC+ channel to your Prime Video Channels account. This will allow you to watch AMC series using the Prime Video app. AMC, BBC America, Shudder, SundanceTV, and IFC are some of the networks that are included in the premium membership package known as AMC+. You are able to view shows broadcast on these networks without having to endure annoying commercial breaks, and in some cases, episodes are made available to you before they are shown on the linear network. After a one-month free trial, the regular cost of the service is $8.99 per month.

StreamGaGa Video Downloader permits you to download episodes of your favorite AMC programs and watch them offline, without interruption from ads or any other types of interruptions, even if you are not connected to the internet at the time. It enables you to download videos very quickly and watch them stream in a continuous manner while maintaining their high definition quality.

Downloading videos from AMC in 1080p or 4K resolution is simplified and made less complicated when done with the assistance of the StreamGaGa Video Downloader. The resolution of AMC's videos is 1080p, which ensures that they are very clear and simple to follow along with:

Here are a few simple steps that you can follow to download AMC using StreamGaGa Video Downloader.

Visit the site ofStreamGaGa Video Downloaderto download and install the software. Launch StreamGaGa and Click "Paste URL" on the upper right of the "Home" page.

You will need to navigate to the AMC website, find the video that you wish to download, then copy the URL to that video. Put it in the space provided.

The downloading process would run in the background, and you could still check out more movies and watch online.

This movie is based on the comic series The Walking Dead.A man Rick Grimes, has been in a coma. He wakes up in a hospital that was abandon and discovered the environment is filled with violence, tattered, and has been filled with the living dead.

Be part of this adventure as he begins to search the city for his wife and son. He leads other survivors through deadly traps to a potential place they can call home.

In order for us to better grasp the culture of motorcycling, Norman Reedus takes us on a spin on his favorite two-wheeler through an open road.

Every new episode begins in a different setting with a different partner, who could be a fan, musician, or legendary action from history. Both of them set off and visit many intriguing locations along the way, such as tattoo parlors, smokehouses, bike stores, and more.

The action takes place in an alternate version of the present where a 'Synth,' which is a robotic butler, is the most desirable appliance for any household.

A family purchases a robot with the intention of bringing about positive change and improvement in their lives. After giving the robot some TLC, the family is eventually forced to face the realities that come with sharing their world with artificial intelligence.

AMC is the channel for you if you prefer violent and disturbing content on a consistent basis. They don't have as many television programs as some of the other cable networks do.

However, the television shows that they choose to watch are always excellent examples of narrative development and craftsmanship.

Related article: How to Watch ABC Live Without Cable For Free? 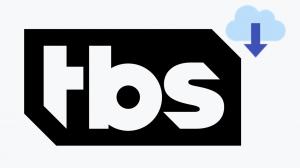 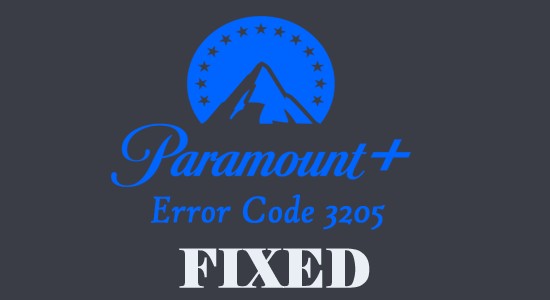